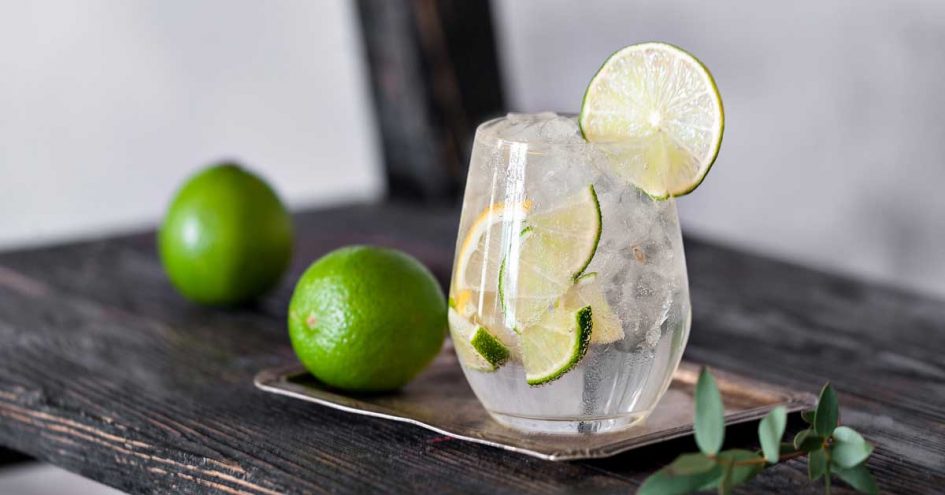 In fact, the sales of sparkling mineral water are projected to reach 6 billion USD per year by 2021 (1).

However, there are many types of carbonated water available, leaving people to wonder what sets these varieties apart.

This article explains the differences between club soda, seltzer, sparkling and tonic water.

However, they vary in processing methods and added compounds. This results in different mouthfeels or flavors, which is why some people prefer one type of carbonated water over the next.

Club soda is carbonated water that has been infused with added minerals. Water is carbonated by the injection of carbon dioxide gas, or CO2.

Some minerals that are commonly added to club soda include:

The amounts of minerals added to club soda depend on the brand or manufacturer. These minerals help enhance the flavor of club soda by giving it a slightly salty taste.

Like club soda, seltzer is water that has been carbonated. Because of their similarities, seltzer can be used as a substitute for club soda as a cocktail mixer.

However, seltzer does not contain added minerals, which gives it a more “true” water taste.

The absence of minerals also allows seltzer to be enhanced with flavorings like citrus without altering the taste.

Seltzer originated in Germany, where naturally occurring carbonated water was bottled and sold. It was very popular, so European immigrants brought it to the US.

Unlike club soda or seltzer, sparkling mineral water is naturally carbonated. Its bubbles come from a spring or well with naturally occurring carbonation.

Spring water contains a variety of minerals, such as sodium, magnesium and calcium. However, the amounts vary based on the source from which they were bottled.

According to the FDA, mineral water must contain at least 250 parts per million dissolved solids (minerals and trace elements) from the source where it was bottled (2).

Interestingly, the mineral content of water may change the taste significantly. That’s why different brands of sparkling mineral water typically have their own unique taste.

Some producers further carbonate their products by adding carbon dioxide, making them even more bubbly.

Tonic water has the most unique taste of all four beverages.

Like club soda, it is carbonated water that contains minerals. However, tonic water also contains quinine, a compound isolated from the bark of cinchona trees. Quinine is what gives tonic water a bitter taste (3).

Tonic water was historically used to prevent malaria in tropical areas where the disease was prevalent. Back then, tonic water contained significantly higher amounts of quinine (3).

Today, quinine is only present in small amounts to give tonic water its bitter taste. It is also commonly sweetened with either high-fructose corn syrup or sugar to improve taste (4).

Tonic water is often used as a mixer for cocktails, especially those including gin or vodka.

Summary Club soda, seltzer, sparkling and tonic water are all types of carbonated drinks. However, differences in production, amounts of minerals or types of additives result in unique tastes.

Club soda, seltzer, sparkling and tonic water contain very few nutrients. Below is a comparison of the nutrients in 12 fluid ounces (355 ml) of all four beverages (5, 6, 7, 8).

Tonic water is the only beverage that contains calories, all of which come from sugar.

Although club soda, sparkling mineral water and tonic water contain some nutrients, the amounts are very low. They contain minerals mostly for taste, rather than for health.

Club soda is infused with mineral salts in order to enhance its taste and bubbles. These include potassium sulfate, sodium chloride, disodium phosphate and sodium bicarbonate.

Seltzer, on the other hand, is made similarly to club soda but does not contain any added minerals, giving it a more “true” water taste.

The mineral content of sparkling mineral water depends on the spring or well from which it came.

Each spring or well contains different amounts of minerals and trace elements. This is one reason why different brands of sparkling mineral water have different tastes.

Lastly, tonic water seems to have similar types and amounts of minerals as club soda. The main difference between the two is that tonic water also contains quinine and sweeteners.

Summary Taste varies between these beverages due to the different types and amounts of minerals they contain. Tonic water also contains quinine and sugar.

Club soda, seltzer and sparkling mineral water all have similar nutritional profiles. Any of these three beverages are a great choice to quench your thirst and keep you hydrated.

If you struggle to meet your daily water needs through plain water alone, then either club soda, seltzer or sparkling mineral water are suitable alternatives to keep you hydrated.

Additionally, you may find that these beverages can soothe an upset stomach (9, 10).

On the other hand, tonic water contains a high amount of sugar and calories. It is not a healthy option, so it should be avoided or limited.

Summary Club soda, seltzer and sparkling mineral water are great alternatives to plain water for staying hydrated. Avoid tonic water, as it is high in calories and sugar.

Sparkling mineral water, on the other hand, is naturally carbonated from a spring or well.

Tonic water is also carbonated, but it contains quinine and added sugar, which means it contains calories.

Of the bunch, club soda, seltzer and sparkling mineral water are all good choices that may benefit your health. Which one you choose to drink is simply a matter of taste.

Even if you live in a smaller town you can put some of these practices into place. Get out and enjoy a walk! http://www.nbcnews.com/health/health-news/here-s-why-big-cities-are-healthier-n664501

Eating #healthy is simpler than you think. Eat your protein, cut back on sugars & practice self-control. http://www.eatright.org/resource/food/nutrition/dietary-guidelines-and-myplate/eating-right-isnt-complicated

Little #gojiberries pack a punch: Try adding them to energizing trail mix to get some #GojiGoodness: https://www.yahoo.com/food/superfoods-antioxidant-rich-berries-beyond-118365384646.html

According to Dr. Mills it is the damage to one’s genetic makeup caused by poor dietary choices that can be transferred to children. http://www.onegreenplanet.org/vegan-food/physician-explains-how-a-whole-foods-plant-based-diet-can-affect-your-dna/

7 Tips To Pick Up Your Salad Jar Game https://spoonuniversity.com/how-to/7-tips-to-pick-up-your-mason-jar-salad-game