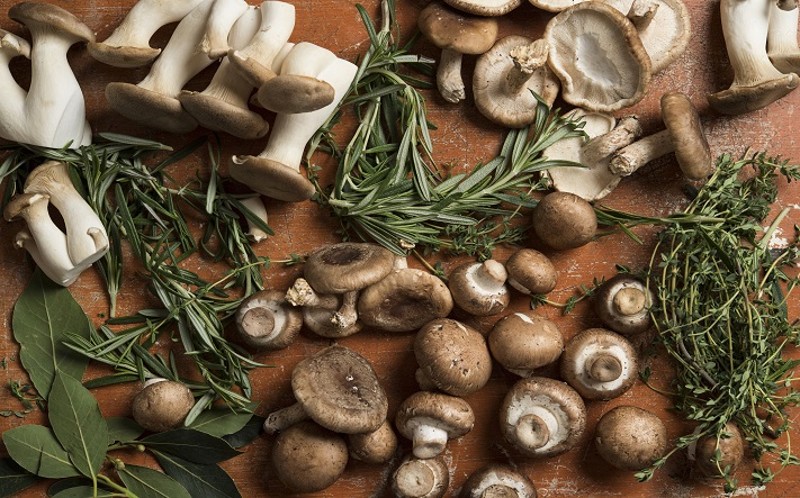 Q: What is the health and nutritional value of mushrooms?

A: Mushrooms may lack the deep green or brilliant red hues consumers have come to associate with nutrient-rich fruits and vegetables, but they are a “powerhouse of nutrition” and not a white food to be avoided, said Angela Lemond, a registered dietitian nutritionist and spokeswoman for the Academy of Nutrition and Dietetics.

Low in calories and fat and cholesterol-free, mushrooms contain a modest amount of fiber and over a dozen minerals and vitamins, including copper, potassium, magnesium, zinc and a number of B vitamins such as folate. Mushrooms are also high in antioxidants like selenium and glutathione, or GSH, substances believed to protect cells from damage and reduce chronic disease and inflammation.

Some studies suggest mushrooms are the richest dietary source of another antioxidant called ergothioneine, or ERGO, which is also present in large amounts in red beans, oat bran and liver. ERGO and other antioxidants are primarily concentrated in the caps, not the stems.

But the nutrient profile of a mushroom varies depending on the type and the method of cultivation, according to Robert Beelman, a professor emeritus of food science and director of the Center for Plant and Mushroom Foods for Health at Penn State College of Agricultural Sciences. His 2017 study, which compared ERGO and GSH in different mushroom types, found levels varied more than 20-fold.

Beelman’s study found specialty mushrooms like gray and yellow oyster, shiitake, maiitake and porcini have far higher concentrations of both ERGO and GSH.

Observational studies suggest that people who consume a lot of mushrooms have a lower risk of developing breast cancer and dementia, but these studies are not definitive and do not prove a causal relationship.

If you want to beef up your intake of antioxidants, though, you’ll have to eat a lot of mushrooms. Beelman says you should aim for 3 milligrams of ERGO a day, “but the only way you can do that is to eat 100 grams — 3.5 ounces — of button mushrooms a day, or about 25 grams of oyster, shiitake or maiitake mushrooms, since they have four times as much.”

Title: Mushrooms are a ‘powerhouse of nutrition’

Strengthen the Immune System with these 7 Great Superfoods https://www.runtastic.com/blog/en/these-7-superfoods-boost-your-immune-system-2/

No need to be a a #gym #beast to stay in shape. http://greatist.com/fitness/how-to-fit-exercise-into-a-busy-work-schedule

What are nightshade vegetables? https://www.medicalnewstoday.com/articles/321745.php

What makes avocados a super food? They're packed with monounsaturated fat that aids in blood & tissue regeneration.